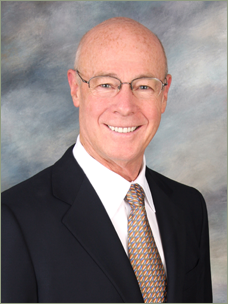 I chose medicine as my professional career early in life. Inspired by my father, a respected obstetrician and gynecologist, I was eager to pursue the same career path.

After earning my undergraduate education at both UCLA and USC, I received my medical degree from Baylor University College of Medicine in Houston, Texas. After completing my residency in Obstetrics and Gynecology at the UCLA Center for Health Sciences and City of Hope, I proudly served in the U.S. Air Force as the principle gynecology oncologist at Andrews Air Force Base in Washington, DC. During my tenure, I promoted the development of a new surgical technique that later became known as 'laparoscopy', a procedure that has revolutionized most surgical specialties today.

After completing my Air Force tour of duty, I moved to Fullerton in 1971 to establish my private obstetrics and gynecology practice. In 1986, I transitioned my practice to focus on developing a program dedicated to gynecology and comprehensive evaluation and treatment of the many issues in women's health care, including bio-identical hormone replacement therapy for women.

My interest in cardio-vascular disease dates back to college when I was first introduced to vascular research. In medical school, I had the opportunity to train under the most prestigious cardiologists and vascular surgeons in the world. The primary health risks for women in the United States is heart disease and stroke. Over 25 years ago, I introduced a wellness program to my patients based on vascular ultrasound to diagnosis and monitor actual cardio-vascular disease. Using advanced lipid testing my program combined with a life-style program (based on nutrition, exercise and stress management), I have stopped and reversed disease in my patients, preventing heart attacks and strokes. Success has grown into a passion for the prevention of heart disease, stroke and diabetes, and continues to give me the opportunity to make a difference.

I am currently giving lectures to both medical and women’s groups in the Western United States on “Cardio-Vascular Disease Risks in Women” and the importance and safety of “Hormone Replacement Therapy”.

Away from my medical practice, I can be found leading an active lifestyle and enjoying nature through my photographic lens. I, and my wife, Andrea, have four grown children and four wonderful grandchildren. Together, we enjoy the gifts that each day brings.